Wine writer Philippe Boucheron was a long-standing Circle member and former treasurer of the Circle and deputy chair, serving with Steven Spurrier at the time. Philippe passed away in August. Neil Fairlamb pays tribute.

Philippe Boucheron, a very long-standing Circle member who served on the committee for years, has died aged 89. His real name was Nick Mendes. He joined the regular army – the 66th regiment – rather than do his national service; one of his mantras was, “If a job’s worth doing, it’s worth doing well.”

He studied catering and hospitality at École Hôtelière in Lausanne, where his French language skills were developed. He found his niche as a wordsmith, working for advertising and PR consultants. He married Margaret in 1955; she had worked as a Foreign Office secretary for Sir Anthony Eden. They had two children, Simon and Kate. He set up his own PR business in 1965, Nicholas Mendes & Associates; it developed to become for a time the largest PR agency in the Midlands. Having entertained so many in that field, when circumstances changed, he created a new life as Philippe Boucheron.

Wine columns followed, as well as leading tours for The Sunday Times and hosting wine tastings and hospitality events. Champagne became his specialty and Growers Champagne was published for the International Wine and Food Society in 2000. After Destination Champagne, a traveller’s guide to the region, came out in 2005, I remember Bill Gunn of Pol Roger describing the book as, like its subject, “reassuringly expensive”.

Philippe was a valued consultant in the early days of Aldi’s breakthrough on the UK supermarket wine scene, writing the label descriptions and loving the PR role. He conducted many convivial wine evenings in the Midlands, including cigar finales, and had a strong interest in South Wales, giving radio talks on wine for BBC Wales. He arranged to meet me once in Penarth at Rabbi Otty’s; I thought this might be an interesting interfaith encounter – it was Rabaiotti`s trattoria by the pier. Wales became important to him personally as, after Margaret`s death in 2011, he met Welsh Sally, whom he married in 2016. I visited them in the lovely Maritime Quarter, overlooking Swansea Bay.

Two anecdotes: I knew Philippe slightly but what confirmed our relationship was a cherry tomato. At a Sainsburys tasting at Delfina’s, SE 1., I forked a tomato at the buffet lunch – it flew across the table and splat an orange stain on his pristine white shirt. He was not best pleased as he had to go on to a dinner that night and had no chance to change his shirt. I found his address in Droitwich and sent him a bottle by way of apology. All was fine next time we met and he then asked to see me on a personal matter. He asked me if I could christen him.

The young Mendes was a synagogue boy in Cricklewood; he and some chums went carol singing to earn some holiday cash. At one house they were recognised: “What are three Jewish boys doing carol singing?” “Well”, replied Nick, “business is business!” Nick was proud to be Jewish and the Kaddish was read at his green burial in the Midlands. Nevertheless, as life moved on he wanted to join Margaret in the church. A long story, but on 6th December, 2003, the day of St Nicholas, in my Anglesey church in Beaumaris, which is dedicated to St Mary and St Nicholas (the patron saint of sailors), Nicholas Mendes was baptized by me. Lunch afterwards – Krug 1995. One of his ditties:

Whenever I’m tired or in pain

I seek solace from Dr Champagne.

The balm of his bubbles

soothes away all my troubles,

and soon I am back, right as rain. 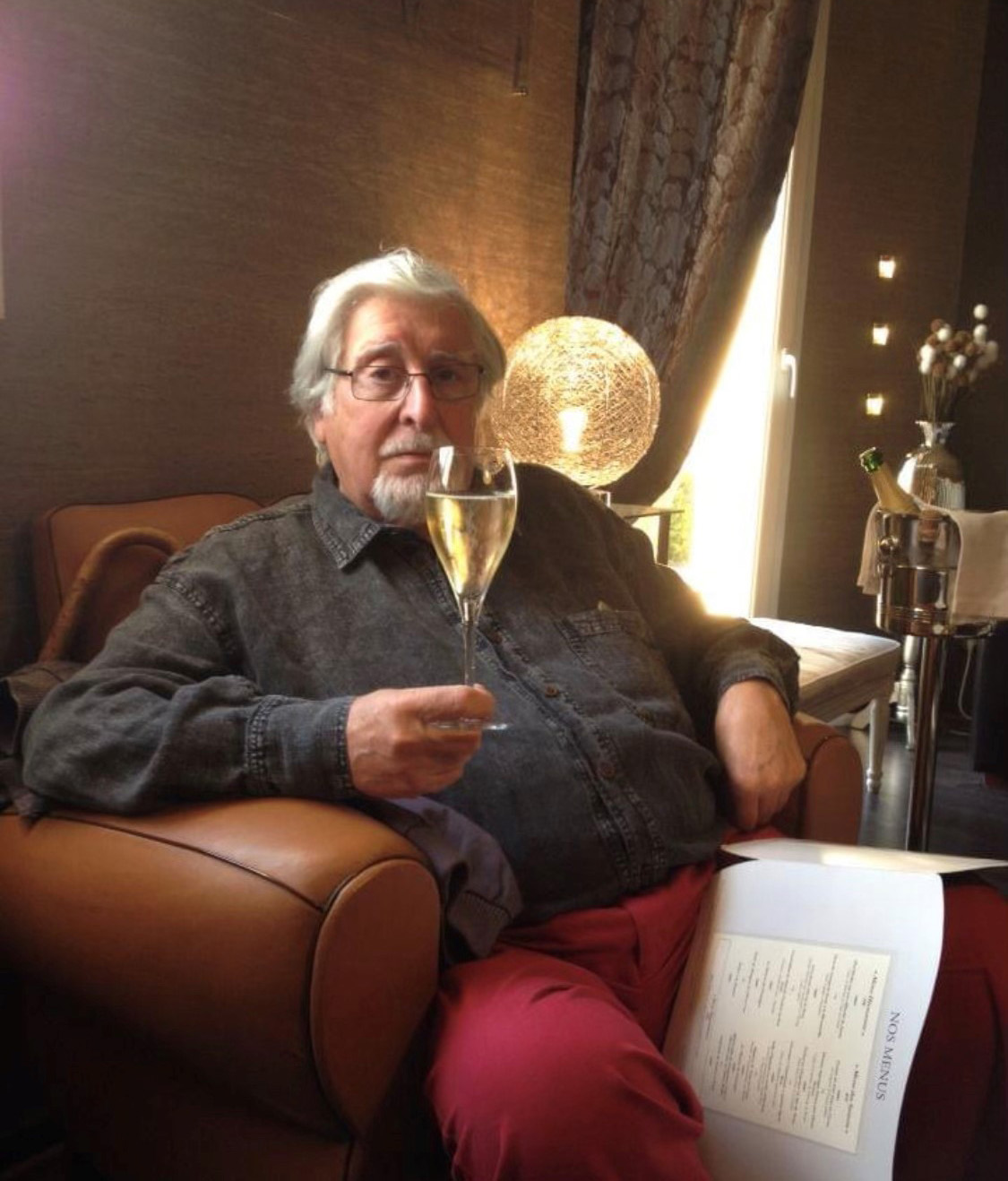