Filippo Magnani finds the famous wine of Valpolicella, made in a more refined contemporary style, goes together splendidly with a spot of Verdi, even in the summer season.

The body and intensity of Amarone is traditionally associated with winter, wonderful if enjoyed in front of a warm, cosy fireplace. In fact, the anteprime dedicated to Amarone della Valpolicella has always been held in the early, chilly months of the year.

The 2022 edition was unique in every aspect. It was held in the summer from 17th to 20th June. The objective of the Consortium of Valpolicella was to demonstrate and enhance the versatility of the wines of this area, aiming to reimagine Amarone away from a ‘challenging’ wine that is mostly paired with game dishes to a more contemporary-styled, balanced wine, with less concentration and more finesse. Regarding this concept, the first exclusive masterclass ‘Amarone 4wd, off the beaten track’ on June 18th at Palazzo Verità Poeta, opened the programme for Amarone Opera prima. It shed a spotlight on pairings with cuisines from the four corners of the earth, accompanied with four different expressions of the region of Valpolicella. The culinary challenge was assisted by Nicola Portinari, a chef with two Michelin stars at the restaurant La Peca in Lonigo. 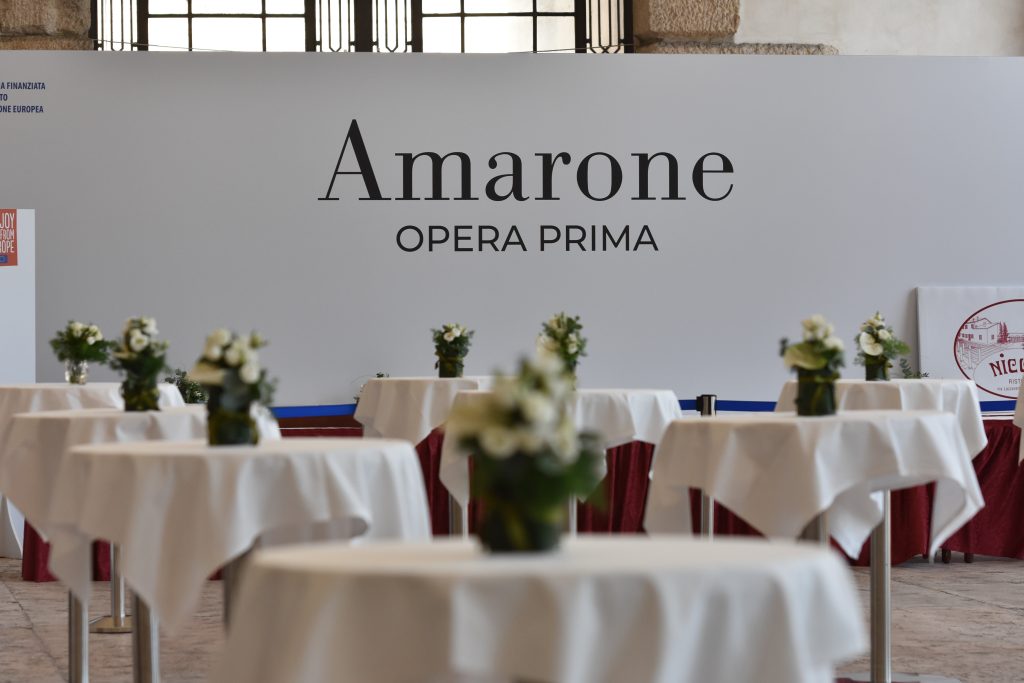 At this extraordinary event of the preview of the 2017 vintage of Amarone, the Consortium of Valpolicella wanted to blend the masterful wine production from this area with other Italian flagships and amazing attractions in the areas of history, art, culture and music. On the night of the 18th, the 100 wine writers from 20 different countries, present for the occasion, were invited to attend the Aida Opera by Verdi in the beautiful setting of the Roman Arena di Verona. An amazing event that everybody enjoyed, before getting ready for the grand tasting Anteprima Amarone the following day in the Palazzo della Grand Guardia, in the heart of Verona.

An overview of an iconic wine region

In the centre of northern Italy, located in an extraordinary and unique macroclimate is the wine district of Valpolicella – home of the vinous masterpieces including Amarone, Recioto, Ripasso, Valpolicella and Valpolicella Superiore. This wine region is a jewel of Italian wine tradition. The area is characterised by a moderate continental climate. Many factors maintain this extraordinary pedoclimatic balance. The northern border is occupied by the Monti Lessini plateau, probably the most important area from which the most valuable grapes of the DOC are harvested and shielded against cold currents of air from the Alps.

Going south, the land assumes flatter features, becoming a luminous valley that reaches the banks of the River Adige. To the west, the borders of the DOC touch the famous ‘neighbouring’ wine district of Bardolino, on the shores of the fascinating Lake Garda that exerts major influences on the entire climate of the area. It maintains mild winters and ensures excellent air flow. To the east, rises the city of Verona – the cultural and historical centre of this stunning area. Valpolicella Classica is located in the northern area of the wine district and includes the towns of Marano, Fumane, Sant’Ambrogio, Negrar and San Pietro in Cariano.

On the beautiful rolling hills, soils with poorer characteristics, with a major presence of limestone, clay and volcanic soils, are to be found. These are the preferred areas for the production of wines with great balance and complexity, with a longer growing season, giving more concentrated wines with high acidity. To the east of the classic area, the DOC enclave of Valpantena, and Valpolicella DOC, are to be found. 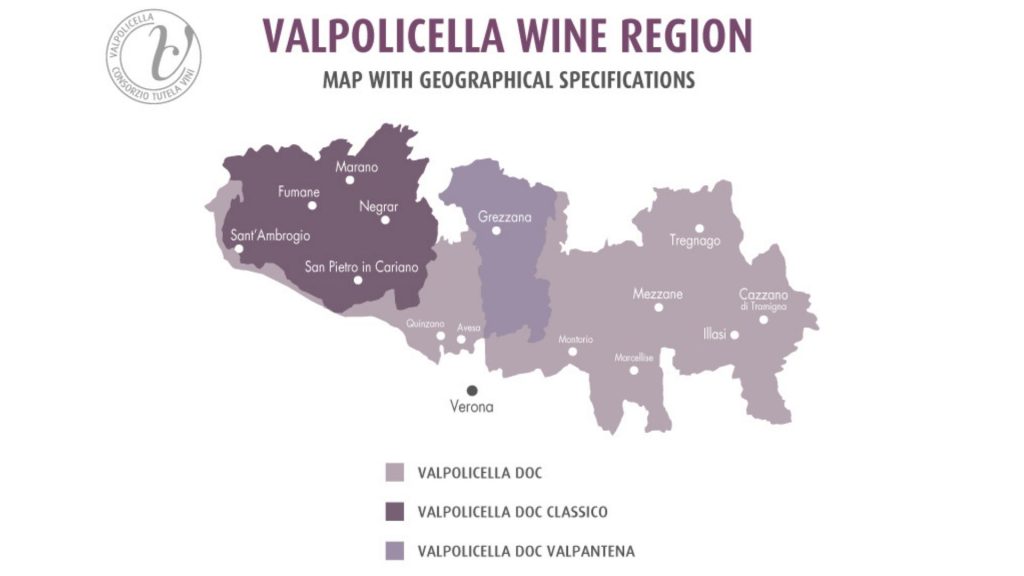 Valpolicella, the Eldorado of wine travel

With its area of 240 km2, Valpolicella has an ancient heritage – the name itself refers to ‘the valley of the many wineries’. Viticulture and winemaking have been rooted here for centuries. It is a charming valley with stretches of vineyards framed by traditional marogne (dry stone walls). This is a historic, precious region, where the interweaving of autochthonous varieties give life to an incredibly high-end wine production – the result of traditional techniques arrived at over time. The wines are linked to a region that every year attracts wine lovers, professionals and collectors to the different interpretations of Valpolicella, in particular its Amarone. The rolling hills are decorated by orchards and olive groves, small family-run wineries and famous wineries housed in the elegant Venetian villas, now converted into striking wine resorts. This place is a vital piece of Italian history.

Heading south east, Verona rises, forming the heart of the wine area. The hometown of Vinitaly, the yearly wine fair at the beginning of April, where more than 4,000 producers gather from every region of Italy, trying to impress wine lovers from all over the world with tastings, seminars and talks. The city of love and the intense passion between Romeo and Juliet. The city of the arena and its opera, and home of the famous Piazza delle Erbe. Meanwhile, the west side opens up to Lake Garda, a lakeside destination that can be chosen by those who want to visit the charming hamlets and small villages on the shores, alternating days of tastings with boat rides, long walks, water sports and sensational fish meals. In order to help the guests in this extraordinary area, a mobile app has been developed that has the task of directing the eno-curious towards the best experiences. 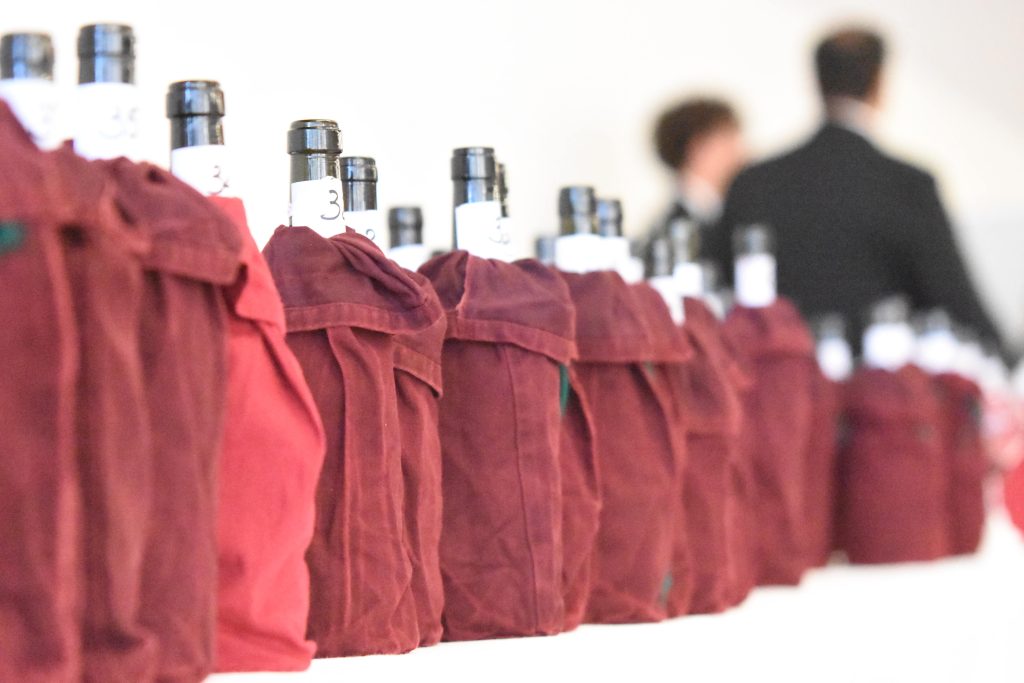