Andrew Barrow sheds light on the forgotten Florentine portals that date back to the Medici period and served vino from beyond the city’s walls well into the last century.

“You sure they ain’t religious tabernacles?” – my unimpressed companion questioned. No, the 167- odd Wine Doors of Florence, the basis for my final project for the Falmouth University MA course, which covered these little remnants of history, have no religious connection. They are but wine serving hatches.

They are scattered throughout the city, their use also having spread in a more limited manner across Tuscany. As far as I am aware, these wine doors are totally unique to Florence. 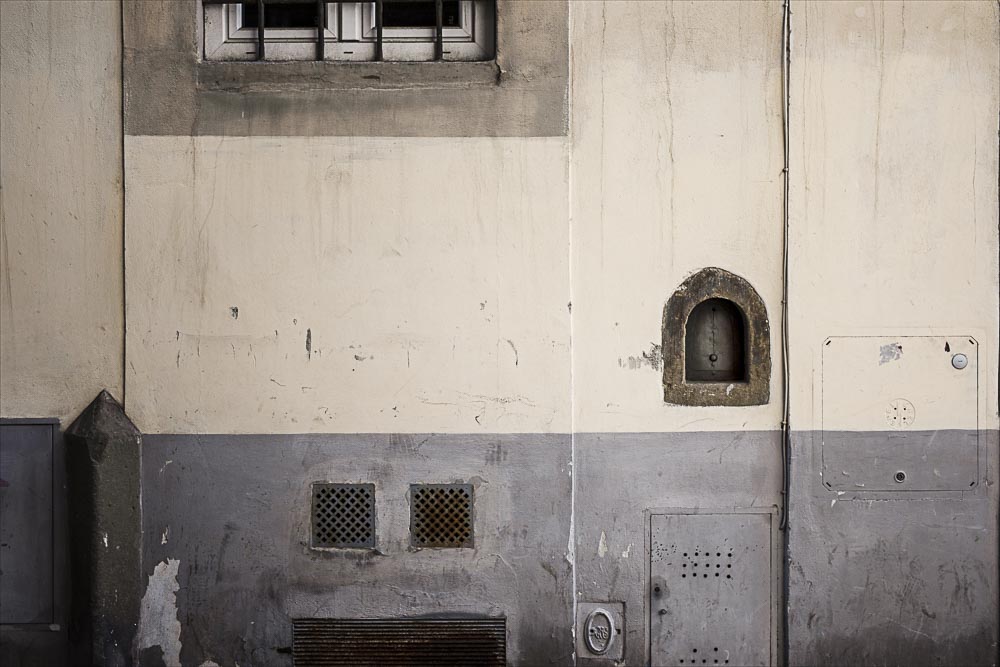 They date from the Medici period, when a decree allowed the sale of wine from lands outside the city walls to the inhabitants inside, from buildings owned by the producers. They were in use right up until the 1900s, and I’ve heard some were in use until the 1970s.

How did they work? You came along with your fiasco, knocked on the wine door, paid your money, and left with a refilled bottle. The door therefore opened into cellars and wine storage rooms. They are all of a pretty standard size and shape, and can indeed be confused with religious shrines or saints’ alcoves. My background research unearthed several photographs of now vanished doors, one of which, dating from the 1950s, was in the main door of a cantina and had been converted into a letter box. So, over the centuries there have been many more than the remaining 167.

Researching the project with my American collaborator, Robbin Gheesling, required several extended trips to the city – a hardship met with grace and determination, with ample support given by the city’s numerous wine bars and eateries. From the several thousand images I returned with, careful selection resulted in the Wine Doors of Florence Folio Presentation box and a pop-up exhibition that took place last month.

It is surprising how these historical remains are so often overlooked. People I have spoken to who have lived or visited Florence had no idea of their existence. They are but remnants and are obviously overshadowed by the other numerous delights of the city.

While Robbin is looking at the historical connections between the doors and any existing producer or vineyard, (in addition to producing a handmade photo book), my approach was purely a photographic, artistic one. I was interested in how the doors, now mostly filled in or repurposed as letter boxes or intercom systems for flats, have been subsumed by the passage of time. They now reside, unused and ignored, in the face of gas meter cupboards, water pipes and modern chimneys, or act as a canvas for creative graffiti. 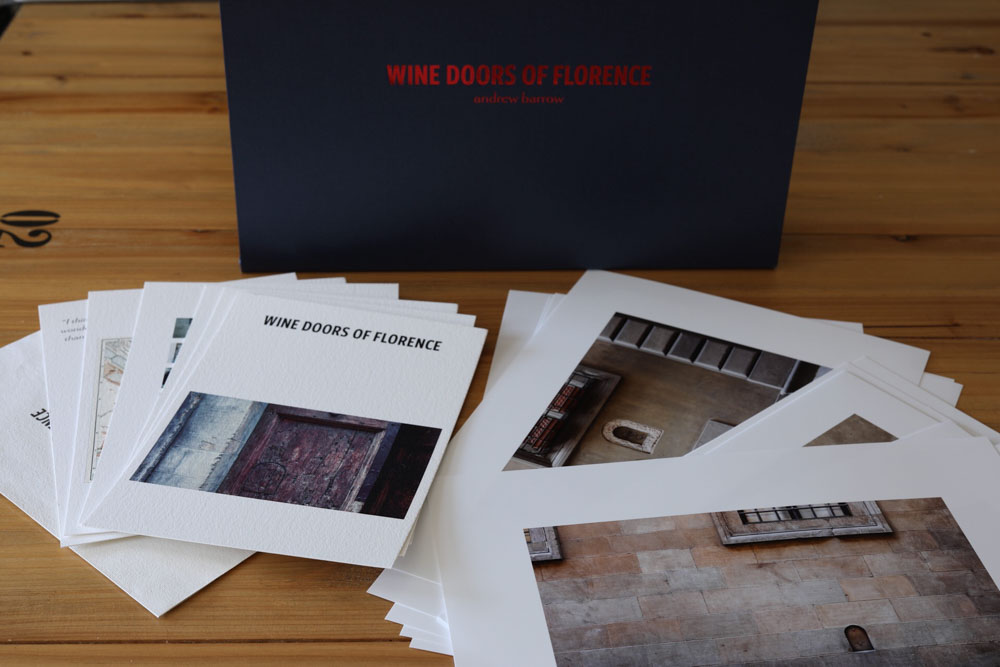 Fourteen prints comprise the Folio Presentation box – available as a limited-edition production of 24. The box also includes a set of information cards plotting each Wine Door’s location on a map. The box is available for £100. Individual prints can be ordered from PicFair. Further information – https://andrewbarrow.co.uk/winedoors-of-florence and http://www.winedoorsflorence.com.

An exhibition of the photos will be displayed in Florence in the restaurant area of the Teatro della Pergola http://www.teatrodellapergola.com/ from the 9th November 2019 until early January 2020. There will be an opening event on the evening of the 9th.